Jason Osder has taken on an anti-talking heads format with his striking documentary Let the Fire Burn and it pays off big time.

The filmmaker chronicles the societal shakes that took place in Philadelphia during the late seventies through to the mid-eighties initiated by MOVE.  Members of MOVE would call the collective an organization inhabiting a peaceful, non-violent state-of-mind.  Others wouldn’t hesitate to call MOVE a cult with harassing methods bordering on terrorism.

Using nothing but media coverage, Osder shows us first-hand what happened while also giving us video documented testimonies given by those who were involved with MOVE, bystanders that were roped into the group’s intimidating ways, and the law willing to put an end to potential danger.  Movie goers are then transported to those pivotal events through flashbacks caught on camera by locals or news teams.  Every now and then, subtitles are brought in to glue information together.

Cutting out staged interviews and modern reflections for the purpose of the documentary allows Osder to open the narrative naturally, letting the eyewitness footage speak for itself.  The visuals from older generation equipment pack a severe punch while giving the film an aged appearance, especially during those tense shoot outs between the police and MOVE.  It’s even more nerving since the older case shown in Let the Fire Burn has unsettling relevance once we see each side of the story.

Editor Nels Bangerter issues exceptional work with Let the Fire Burn.  The events shown are that out of a wired thriller.  It’s because these real life situations have been cut in such a way that adds a deeply effective overall tension.  However, Bangerter is very careful not to dampen the facts.  His skills, along with Osder’s vision, push Let the Fire Burn into a special type of doc that many – including myself – have never seen before.

As someone who didn’t know about MOVE or the tragedies that took place in Philadelphia, I was riveted.  Not since this year’s A Hijacking have I been this nervously attached to a movie from start to finish.  I particularly admired the film’s ability to teach while generating senses of paranoia and anxiety.  I was willing – and wanting – to learn more as the movie progressed, but at the same time, I was scared for what would happen next.

I still think you can only go so deep into a subject by strictly using stock footage.  On an involvement level, there is a barrier stopping us from knowing much more about MOVE and other content beyond the subtitles.  But for having the guts to take this approach and to excel as much as Jason Osder’s film does makes Let the Fire Burn one of 2013’s top docs. 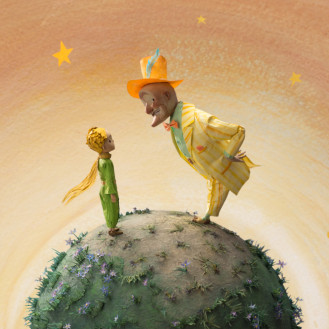 nîpawistamâsowin: We Will Stand Up